Some of you may know of my love of Eurovision and for those of you that don't, I bloody LOVE Eurovision. So in honour of this years contest (10th May folks get it in the diary) I thought I would do something different for the blog and have a look at Eurovision fashions through the years. There's too much in Eurovision history to include it all so I have just picked out some significant years.

All I can say is brace your eyes for the festival of hideous/amazing/demented fashion that you are about to see. Who knew that these clothes could ever exist and my god I want to meet the people that designed them.


1972 - Edinburgh, yup edinburgh once had the glory of hosting. Damn you history. 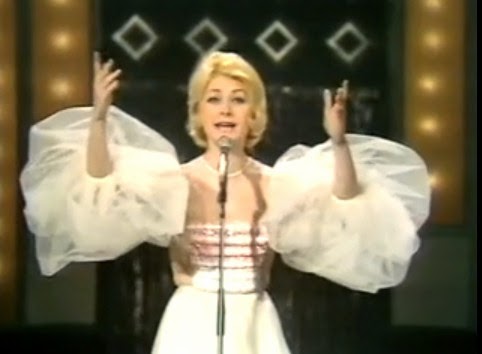 Betty Mars from France was all about the sleeves. The biggest, puffiest sleeves she could get her hands on/through. 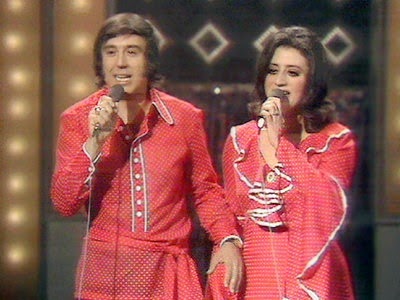 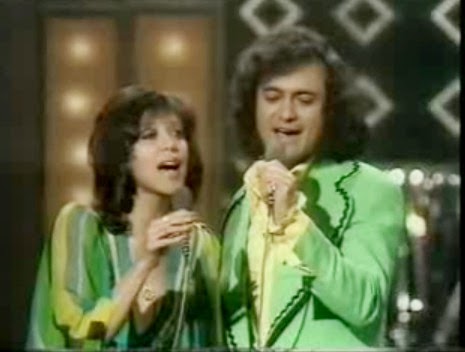 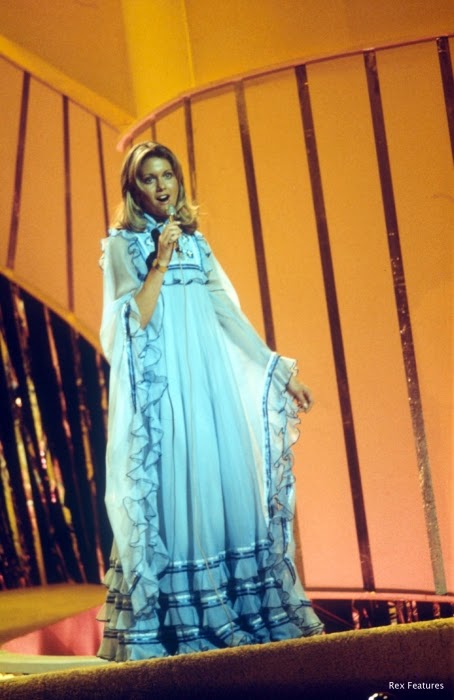 Olivia Newton John for the United Kingdom
Check out the frills on this dress, it's like your granny's nightdress on crack. 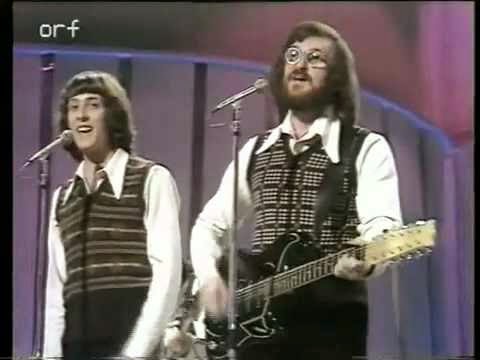 Sadly I couldnt find a full group shot of Kaveret from Israel in their amazing array of tank tops but I can assure you they are awesome. I think can safely say I also now know who the husbands style Icons are. 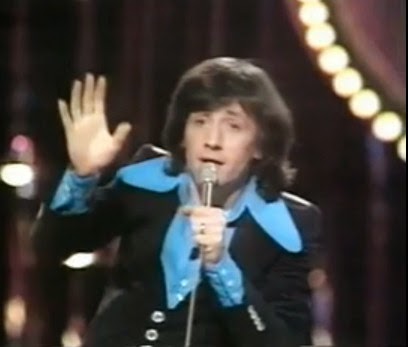 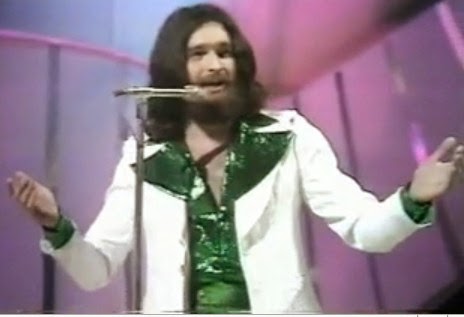 The men of the 1974 contest were on fine shirt collar form with Belgium's Jacques Hustin (blue) and Korni from Yugoslavia who came as disco jesus in his green shiny shirt. Sheeba who represented Ireland in 1981 blew the budget on their outfits - part mermaid, part star trek space monster, part christmas tree - what more could you want in a dress. One of them even has corn rows, Ireland brought it in 1981 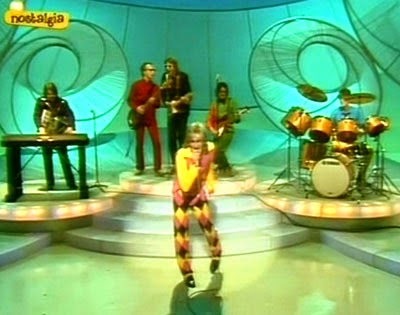 Sadly this is the best picture I can find of Riki from finland in all his harlequin trousered glory. I urge you to find him on youtube to fully appreciate the wonder.

Special Mentions or amazing outfits I could not leave out 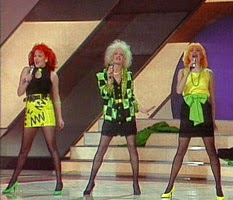 Belle and the Devotions - UK 1984
either styled by Cyndi Lauper or an eighties hooker. 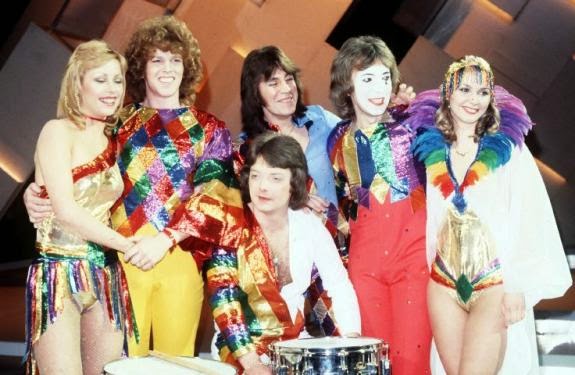 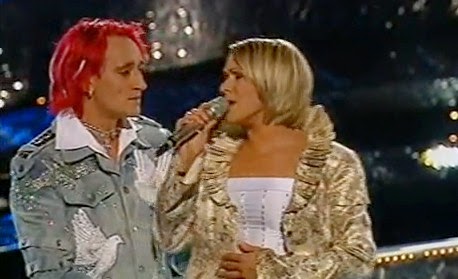 Poland 2003
Well who doesnt want a sequinned denim jacket with doves flying across it? 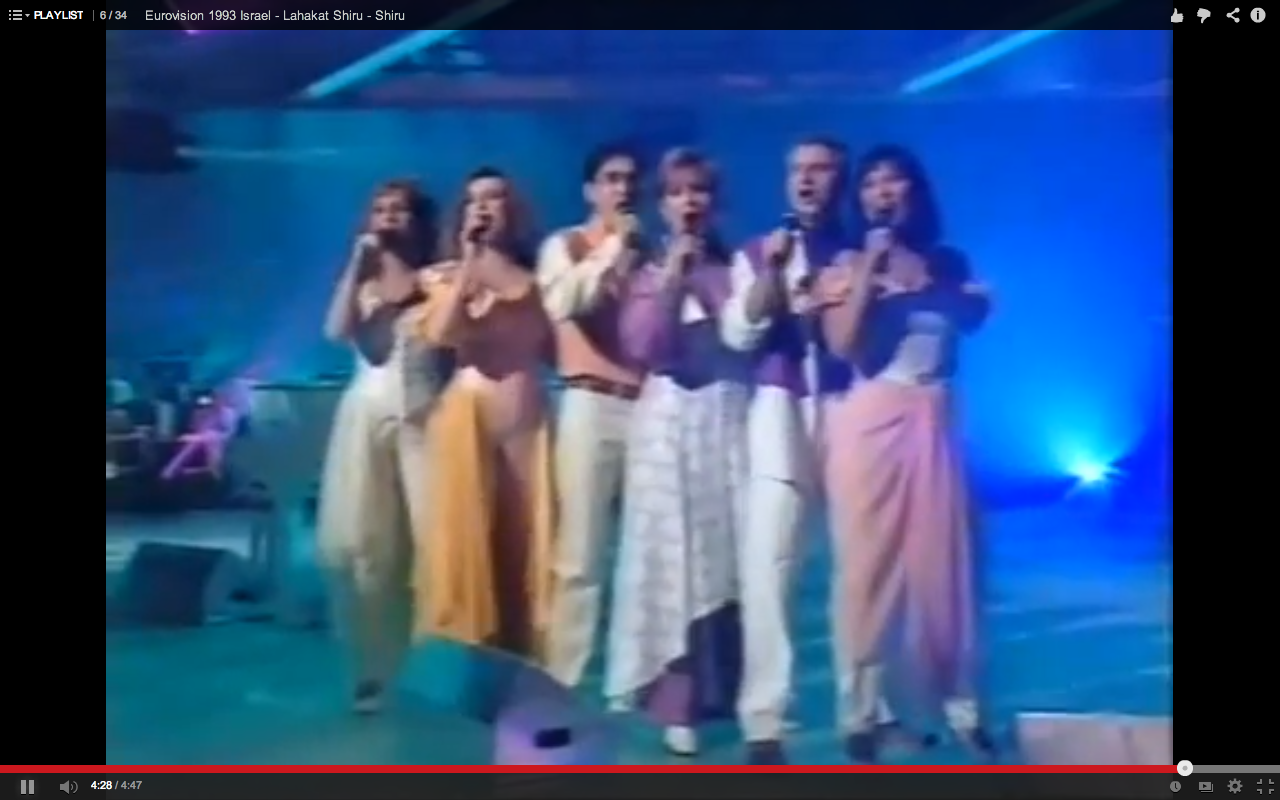 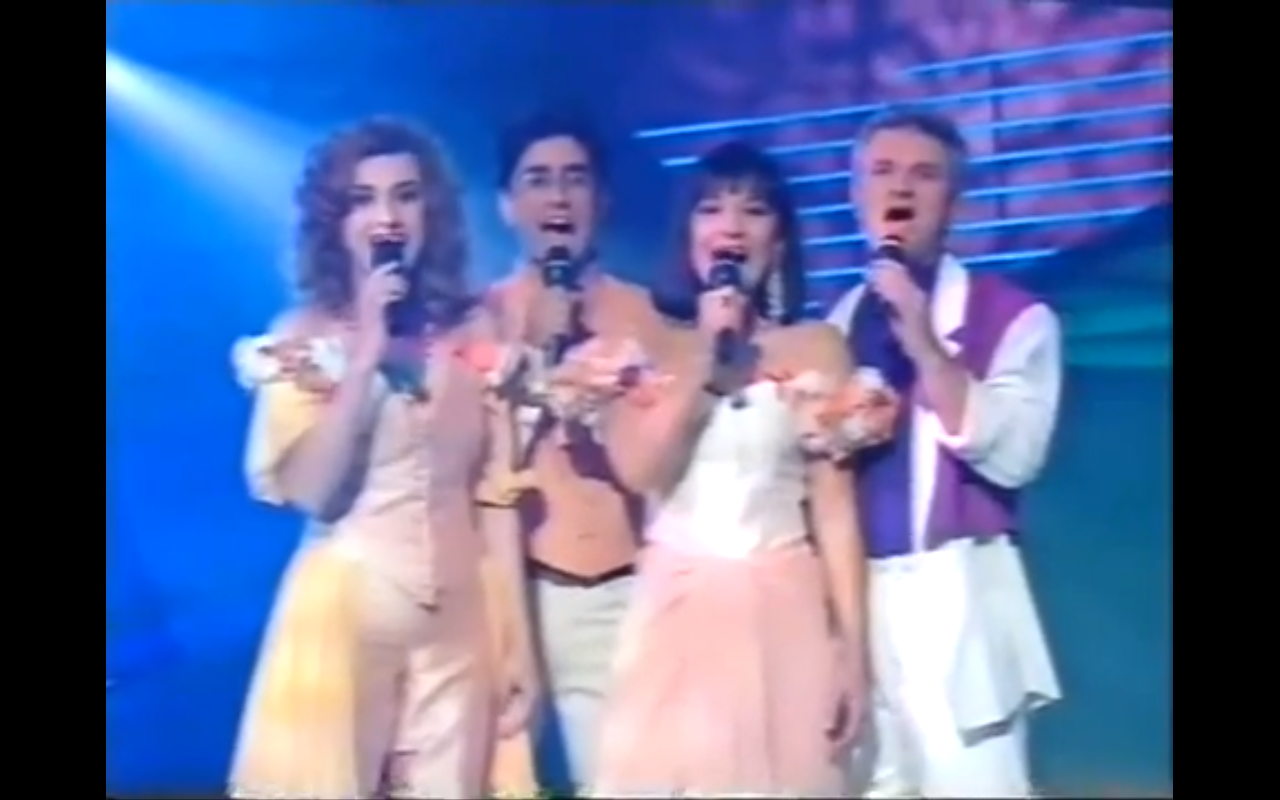 Israel 1993
Eh I am really not sure what is going on here, these poor woman seem to be in some pastel satin, camel toed 2 piece nightmare with added ever so flattering half cape skirt and floral garland armbands. At least the woman on the right had the good sense to sarong up and cover up the camel toe!

This one is so amazing you get the video to appreciate the full beauty.

It's so lovely getting all these photos through from last years brides and today I get to share Delphine's wedding and dress. Delphine chose to have the classic Chloe dress with a little change of adding covered buttons down the back. The style suited her perfectly and she styled it very simply with a soft up-do.

Delphine got married in Timberyard, the most fabulous restaurant and bar just up the road from my studio. If you are looking for somewhere to go in edinburgh for delicious food and even better cocktails then this is the place to go. I love that from there the whole wedding party walked to the evening venue and it is so nice to see shots of the dress in motion. 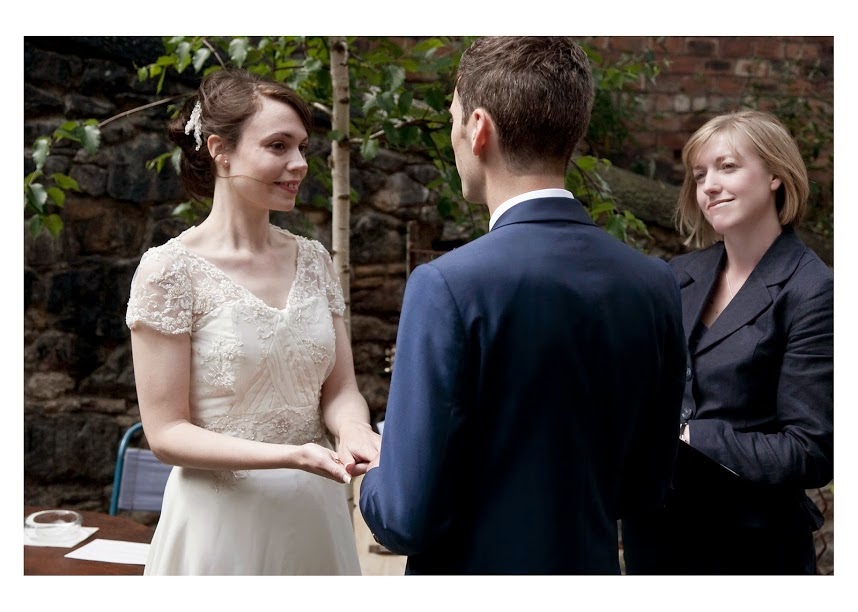 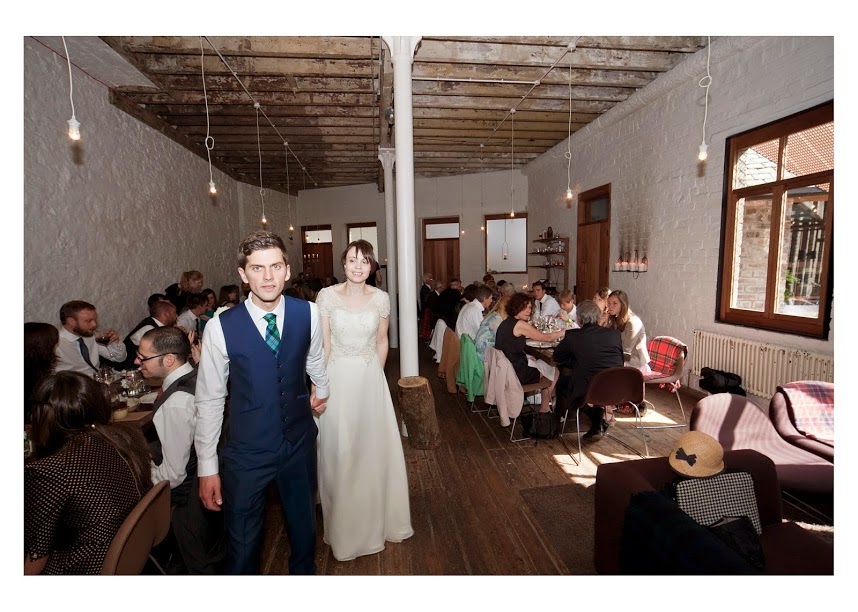 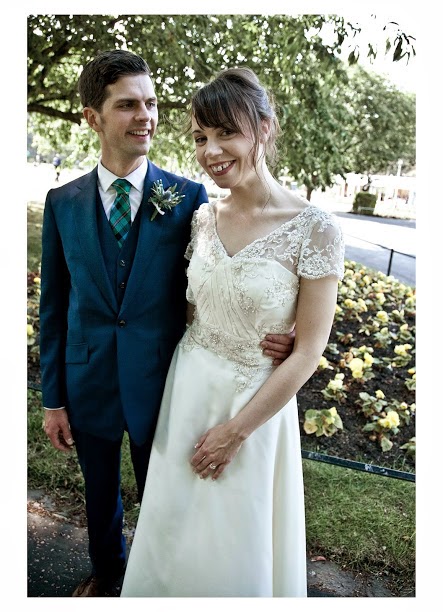 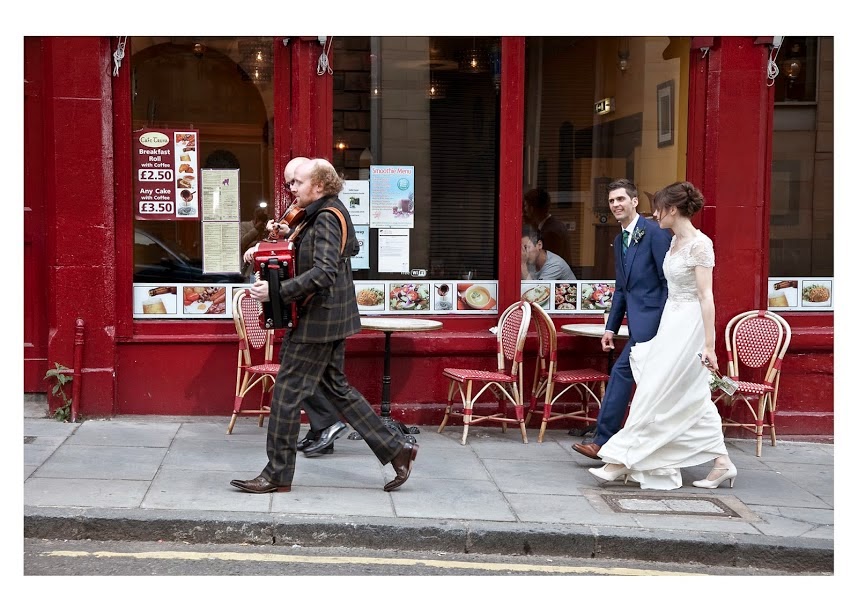 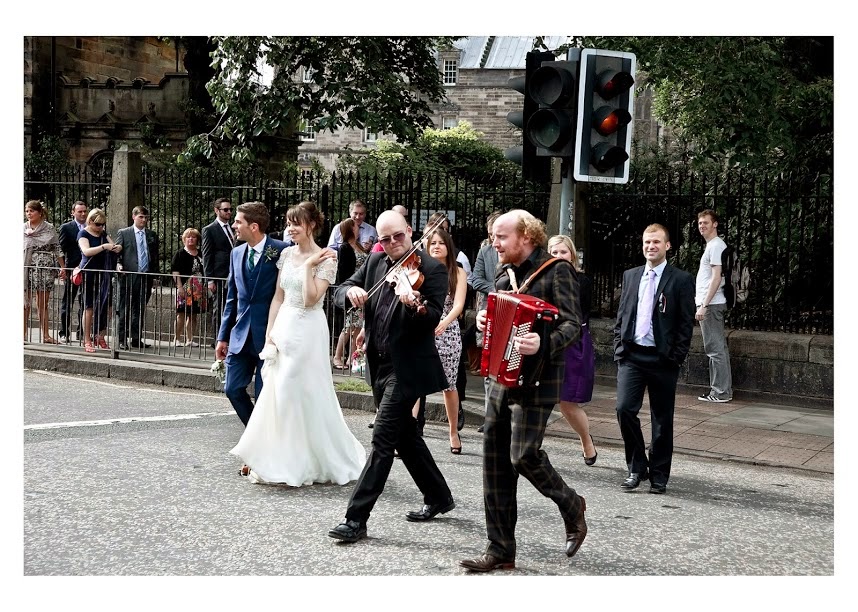 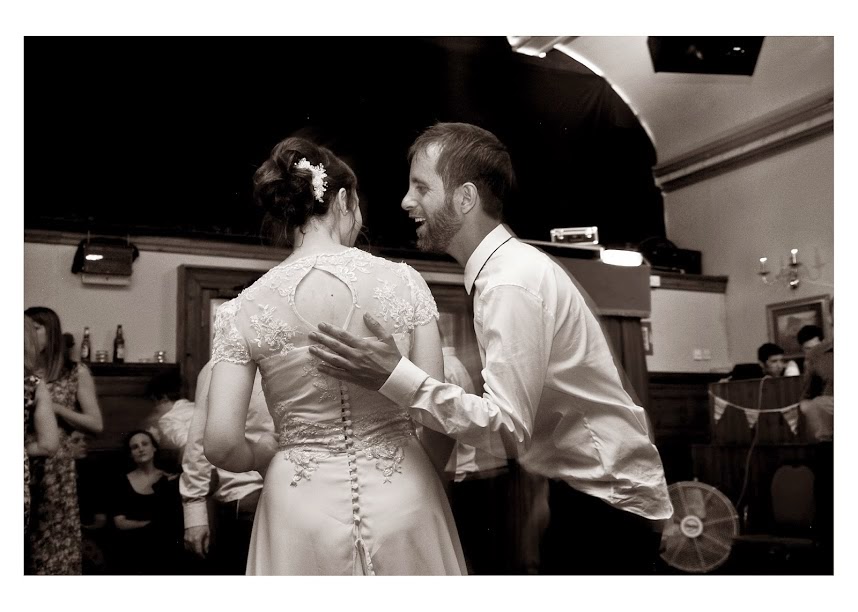 Posted by RowanJoy at 09:59 No comments:

Ruth was one of my brides from summer last year (ah summer and sunshine, today almost makes it feel like we might be in luck again this year)

I met Ruth at my very first Glasgow Wedding Collective fair in fact my very first wedding fair, gosh that feels ages ago! Ruth knew exactly what she was looking for in her bespoke dress, a full lace over-dress with a bias cut slip and a matching waist belt with a bow at the back. The main thing was choosing the perfect lace for the dress and oh my, it was a good one. A beautiful guipure floral and leaf design with a perfect edge that was used to full effect on the sleeves and hem of the dress. The dress design itself was kept to a fairly simple silhouette to really show off the beauty of the lace and finished off with the silk belt and covered buttons down the back.

How beautiful does Ruth look, so super happy and smiley, Gorgeous. 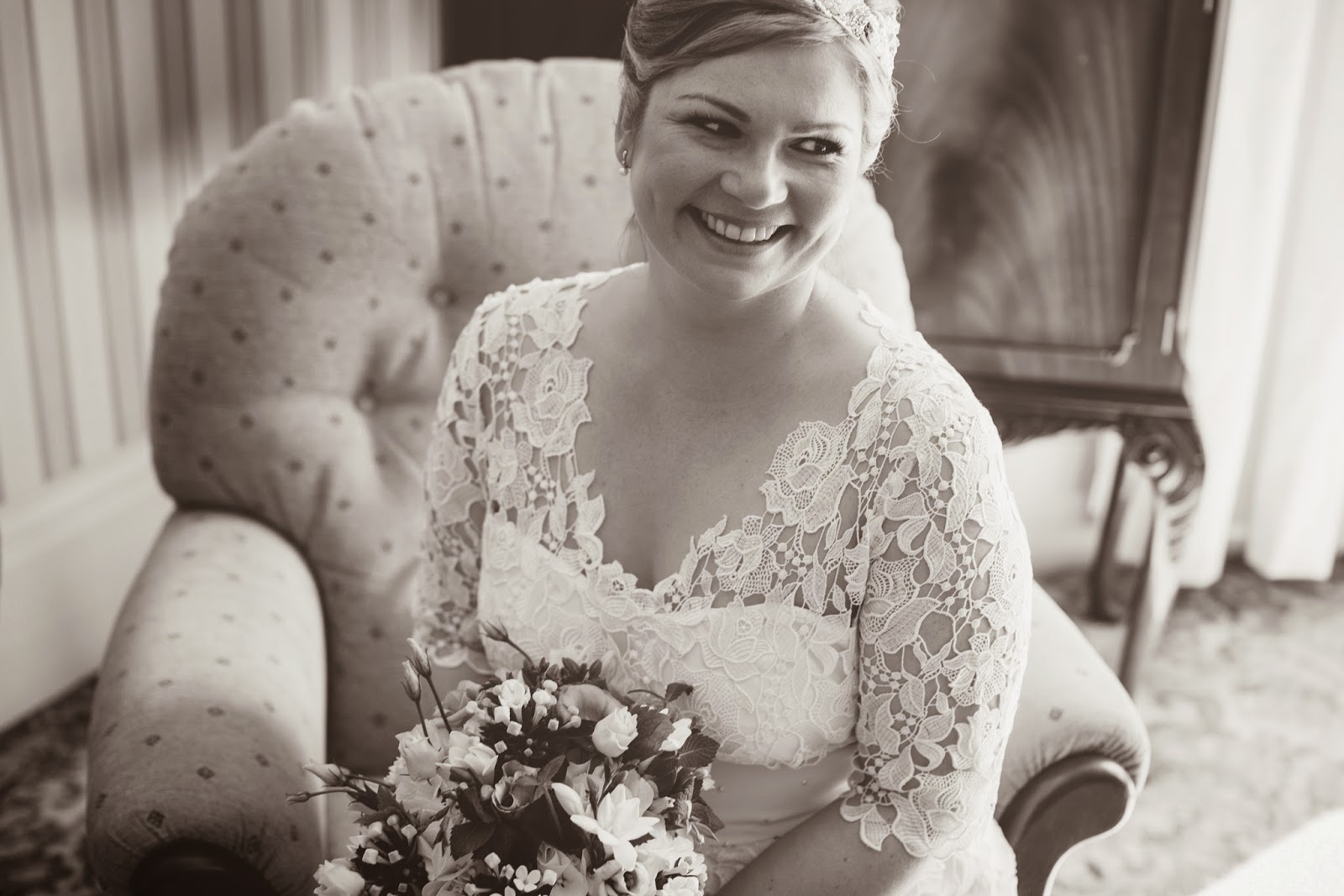 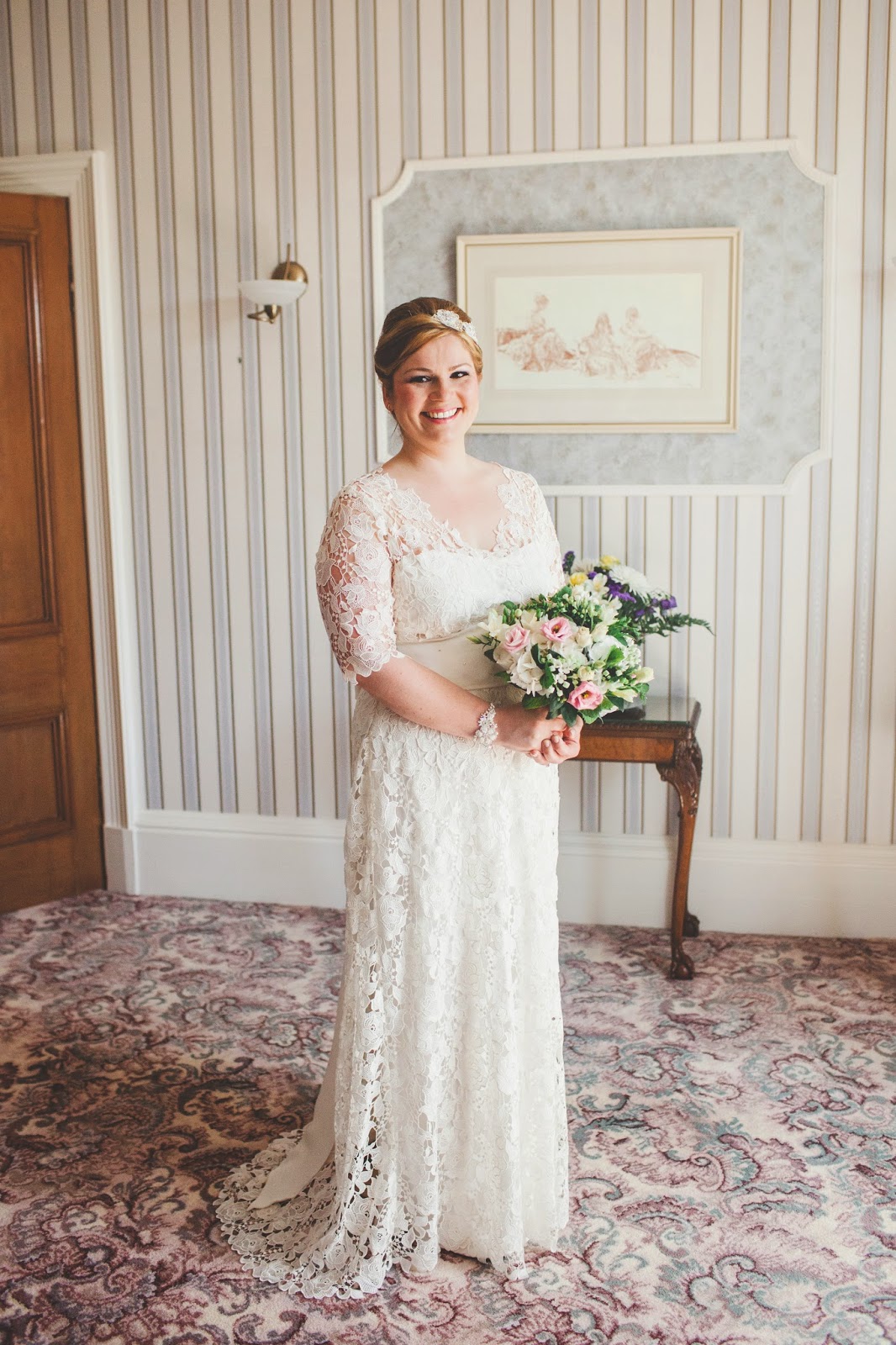 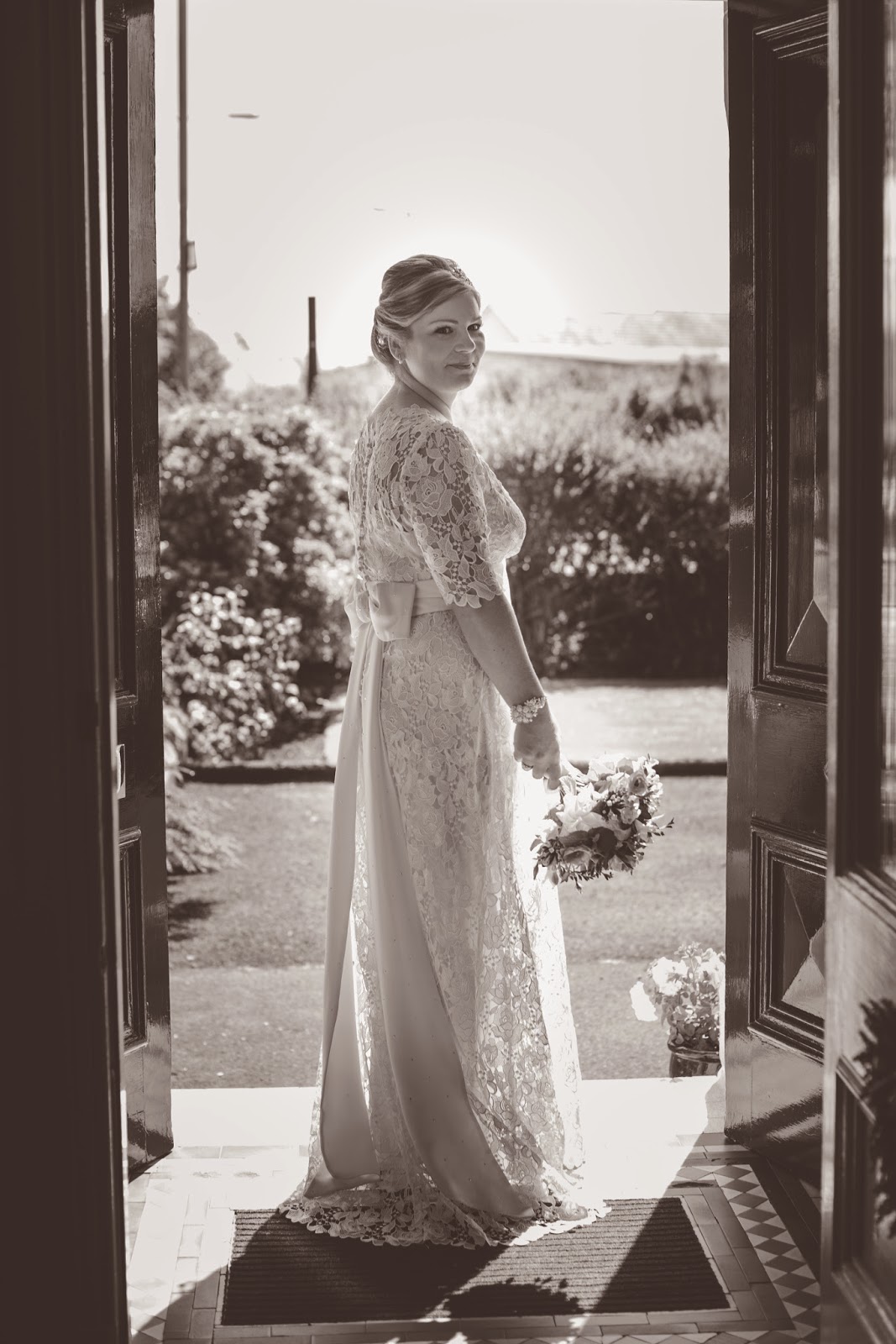 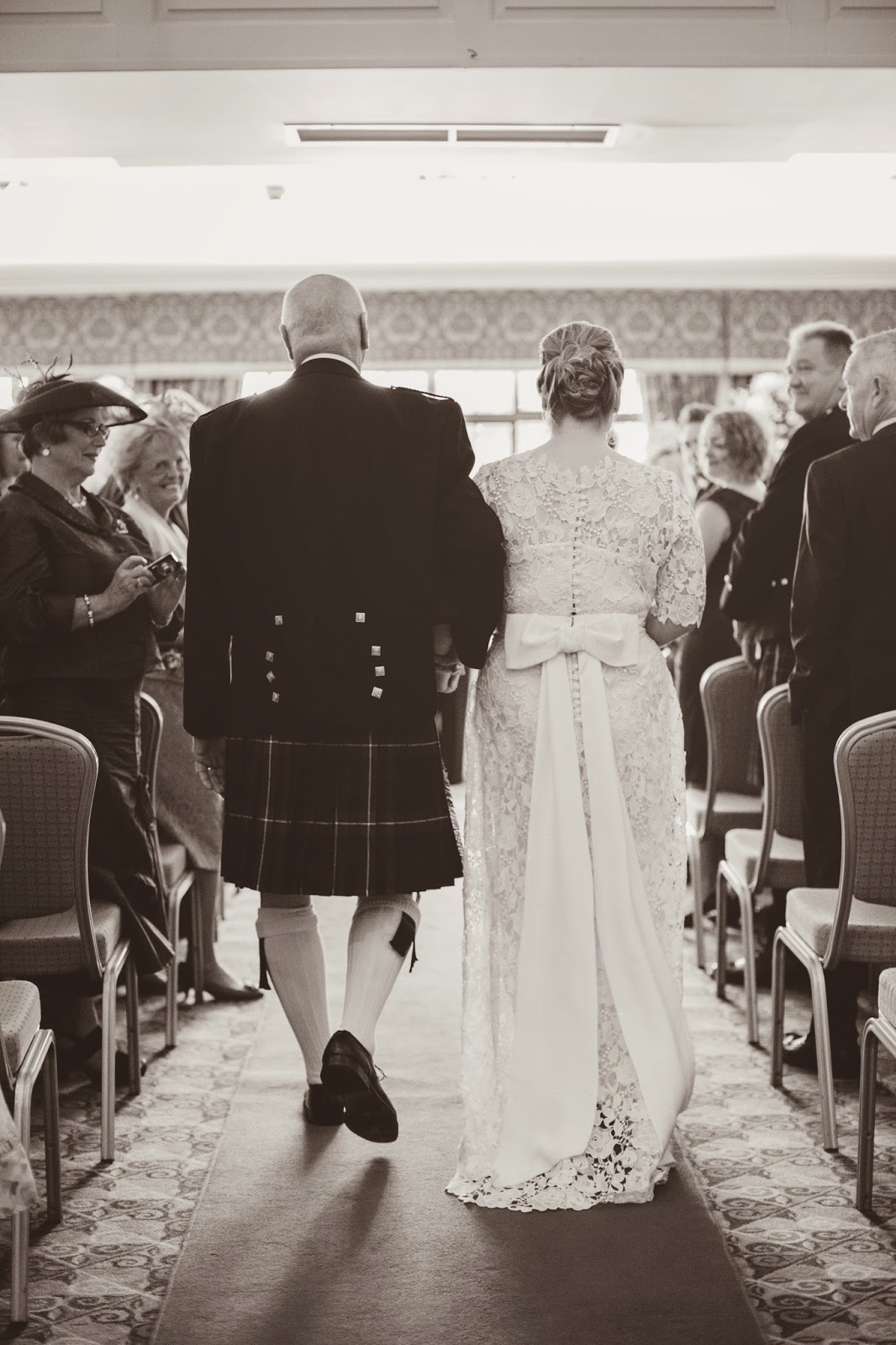 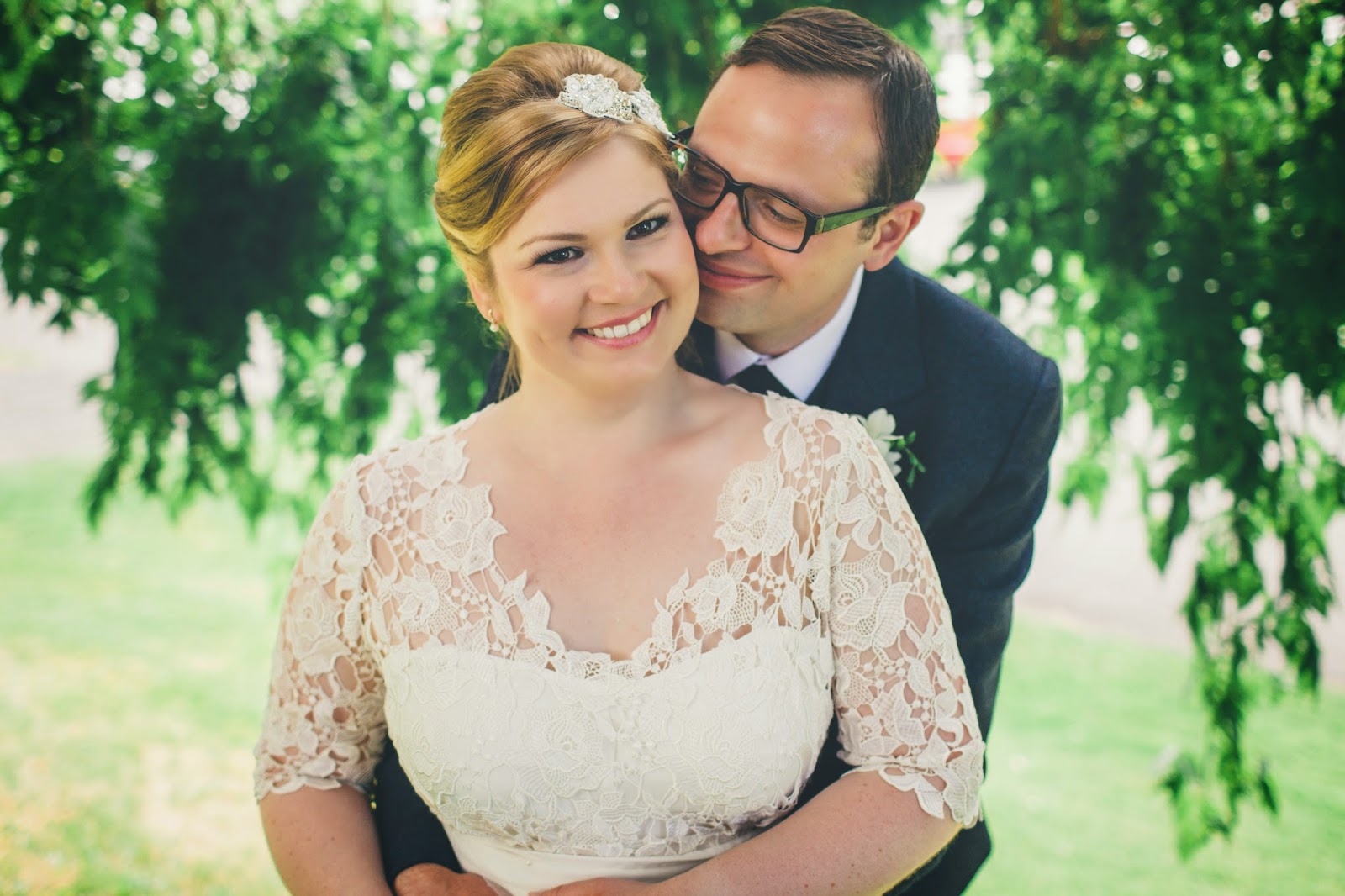 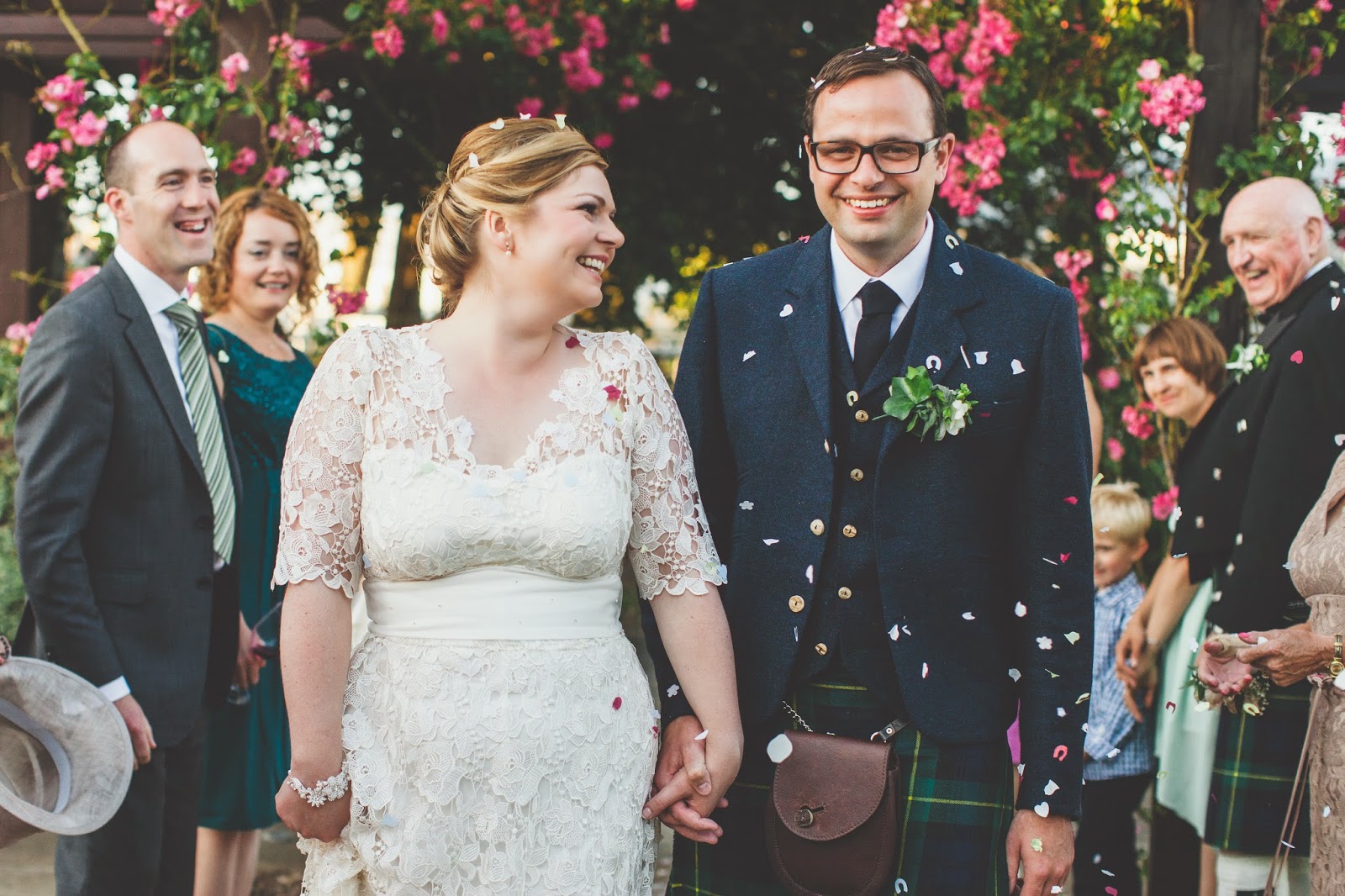 Posted by RowanJoy at 10:21 No comments: